The Second Vatican Council
Given the current situation in the modern world that surrounds us, it is necessary to change not the content, but the way of responding. That is why John XXIII convened a Council, Vatican II, seeing the coming epochal change and the challenges that awaited the Church in the third millennium.

The Council was a profound ecclesial renewal, polishing and shining the simplicity and foundation of faith, as related to the liturgy, which experienced a radical and positive change as soon as it returned to drink from the sources of tradition.

Having converted, over the years, the churches into picacotheques, full of altars, images, and other complements, but without falling into the protestant, otherwise unjustified, end of denying any artistic representation of faith (in the style of of the Muslims) the Council laid a foundation on which he recovered the deeper tradition of faith, which evidently developed around the Eucharistic mystery.

The Sacrosantum Concilium or the Lumen Gentium outline the new ecclesial theology based on communion, the vision of the Church as the people of God, Light of the people, who gather, live and celebrate around the altar, the paschal feast and the sacrifice of Christ. 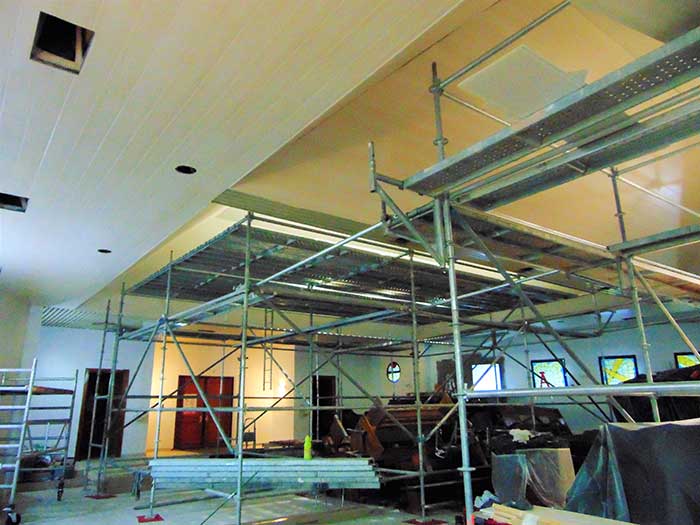 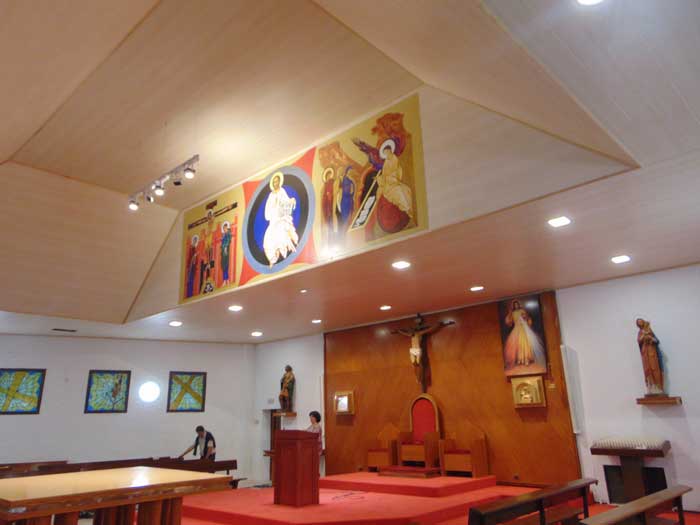 From a small Team of Architect, creative Director, Head of work and a formidable team of suppliers, CincoPanes, in our line of service to the Parish, saving and proposing a more evangelistic aesthetics, we offer to make any type of Reformation.

HISTORY OF THE EVANGELIZING AESTHETIC

In Easter 1920, Romano Guardini first visited the Rothenfels-am-Main castle near Würzburg, a 12th-century building on the banks of the River Mena. From the summer of 1919 it was soothes of the youthful Catholic movement Quickborn (in low German: spring of living water). He became a chaplain and spiritual director of the center. As such, Guardini provided theological depth and objective foundation to the lifestyle that was already practiced in the communities of the Quickborn. In fact, in the twenties he writes his books on the liturgy that reflect his commitment to these communities: “The Spirit of the Liturgy” (1918), “Liturgical Formation” (1923) and “The Sacred Signs” (1927).
In the framework of numerous weeks of coexistence and community work, Guardini and Schwarz began to modify traditional celebratory spaces.

Romano Guardini relies basically on the essence of the liturgy: the paschal mystery of the death and resurrection of Jesus Christ. He considered the objectivity of the liturgical feast and how it influences the composition of space. The celebration of the Eucharist and the Word, lived in a small community, the active participation of the assembly in symbolic gestures and singing, forced changes in the design and distribution of the room.

They instituted a canon that recovered elements of the early Church.
This new aesthetic based on the communal celebration of the liturgy was expressed above all in the chapel and in the great medieval room called “The Hall of Knights” (Rittersaal). In this room, larger than the chapel, was also sometimes celebrated the Holy Mass; it is still significant that on those occasions, as early as 1922, the celebrant was facing the people. 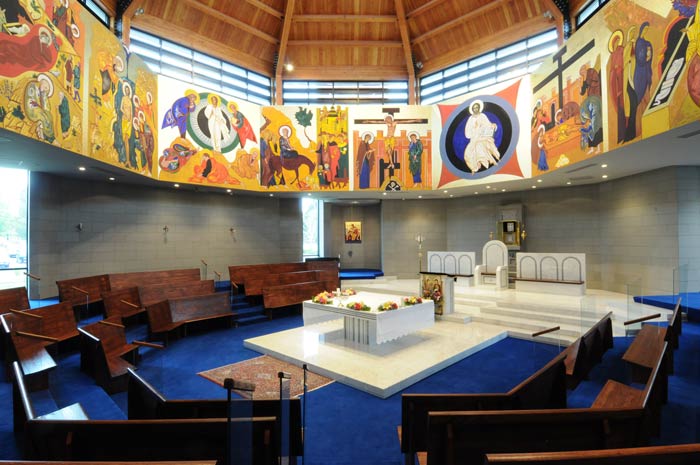 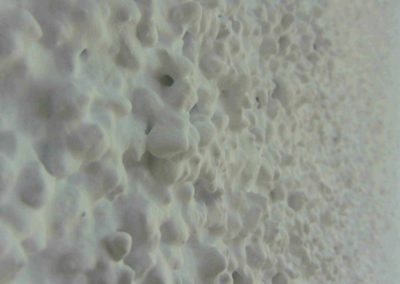 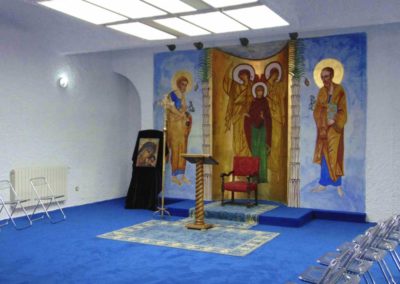 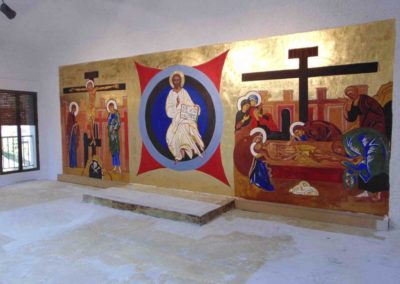 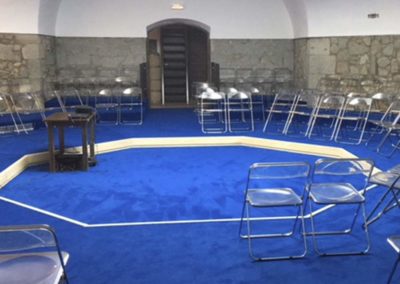 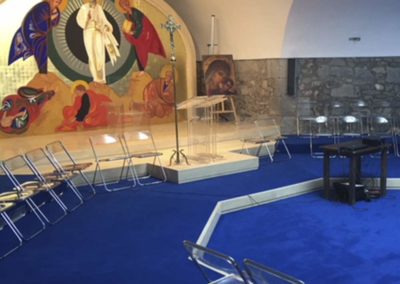 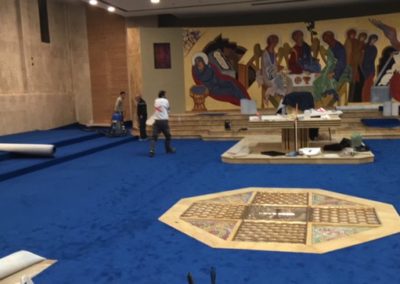 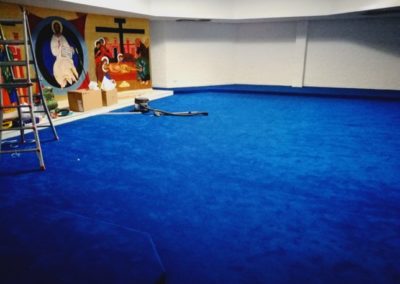 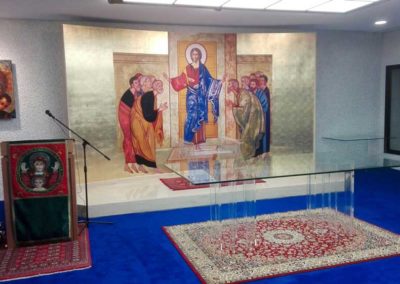 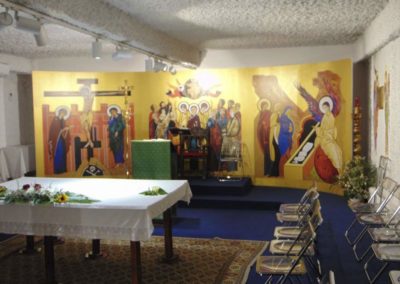 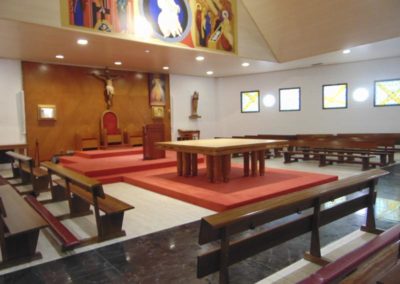 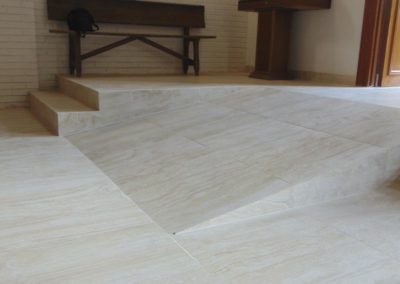 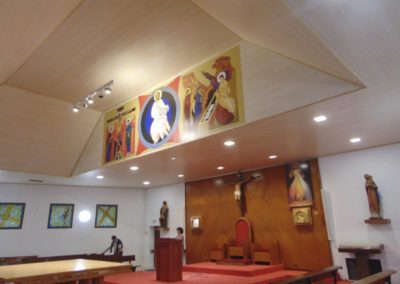 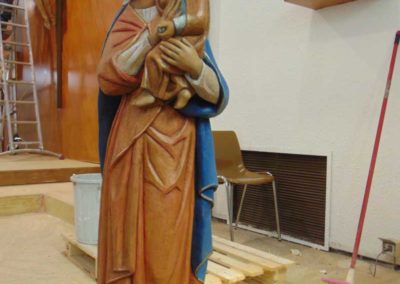 We will gladly answer all your questions and requests.